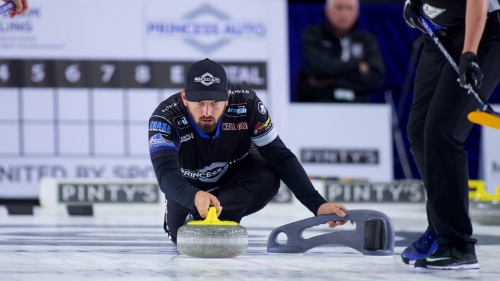 Born: Dec 30, 1984
in Winnipeg, Manitoba
Resides: Winnipeg, Manitoba
Throws: Right
Profession: Substitute Teacher, Louis Riel School Division
High School: Glenlawn Collegiate Highschool
College/University: Univ. of Winnipeg / Red River
In Own Words:
I was introduced to curling at age 14. My invitation to the Winnipeg Jets tryout got lost in the mail so I decided to give the sport a try reluctantly. I was lucky to be a part of a team that played for 6 years of junior together. At that age I played for the love of the competition and have stuck with it ever since. I am very fortunate to have traveled the world and have met many lifelong friends through the sport.
Curling Highlights:
2003 Manitoba Junior Men's Champion - Skip[cr][lf]2006 Manitoba Men's Finalist - Skip Lost to Jeff Stoughton[cr][lf]2008 Manitoba Mixed Champion - Skip[cr][lf]2008 5th Team Manitoba Men's at Brier[cr][lf]2011 Provincial Men's Champion[cr][lf]2011 Brier and World Champion[cr][lf]
Junior Highlights:
2003 Manitoba Junior Champ - Skip