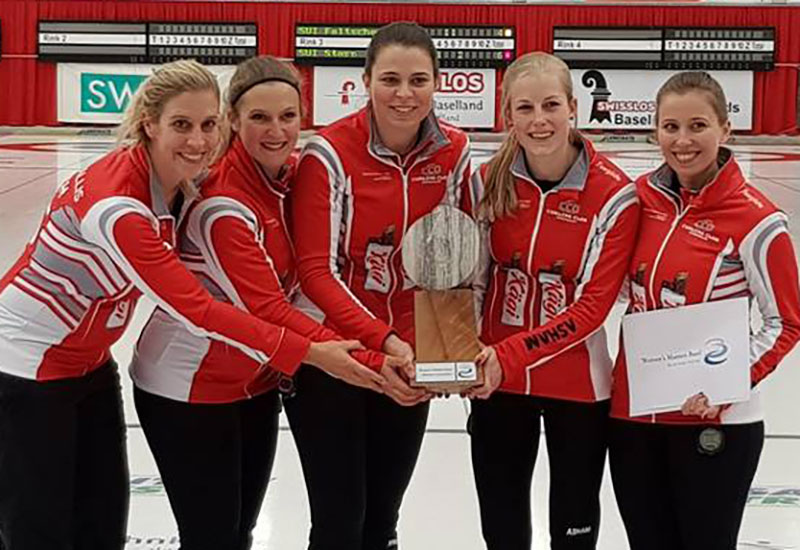 Starting with hammer, Feltscher scored 2 in the first end, with Stern responding in the second end scoring 2. Stern added a steals in the third and fourth ends, then forced Feltscher to a single in the fifth end to lead 4-3. Feltscher tied the game with a steal the sixth end, but after scoring two points seventh end, Stern held on running Feltscher out of stones in the eighth end to win 6-4.

Stern went 3-0 in the 19 team round robin pools qualifying round. In their opening game, Stern defeated Zhang 6-4, won against Daniela Jentsch (Fuessen, GER) 6-3 and finishing up with a win over Nora Wuest (Wetzikon, SUI) 10-1 in their final qualifying round match.