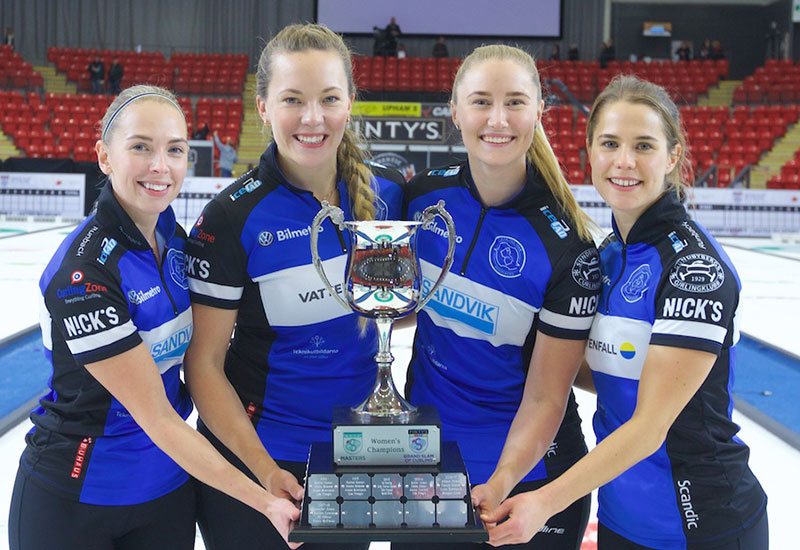 Hasselborg needed a tiebreaker to advance to the playoffs, defeating Kerri Einarson 7-2 after going 2-2 in the 15 team round robin pools qualifying round. In their opening game, Hasselborg lost 6-5 to Scheidegger, then responded with a 6-4 win over Laura Walker (Edmonton, Alberta). Hasselborg won against Jamie Sinclair (Chaska, USA) 7-1, losing their next game to Satsuki Fujisawa (Kitami, Japan) 5-4 in their final qualifying round match.