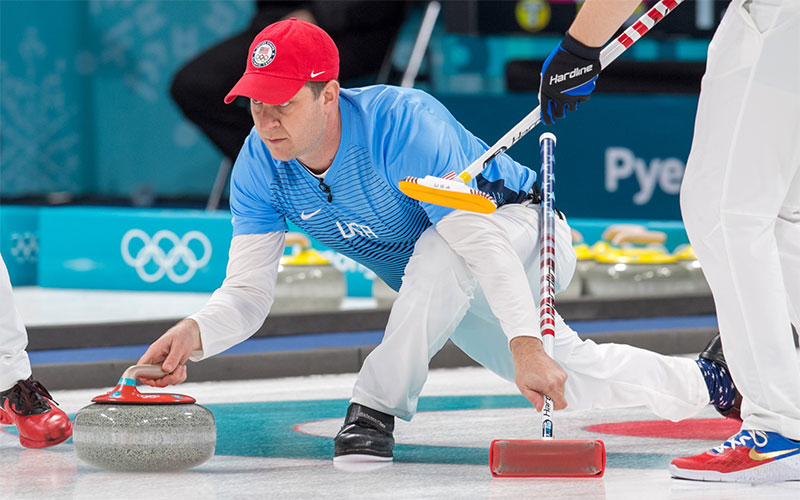 UISEONG, South Korea - The prestigious Uiseong International Curling Cup will get underway Sunday evening with 20 teams battling it out for the $90,000 (USD) prize money on the line.

Team Shuster will be returning to Korea for the first time since winning gold at the 2018 Winter Olympic in PyeongChang. And boisterous second Matt Hamilton is eager to return to a place that created so many memories for the Americans and set the sport of curling ablaze in the States. "I'm super excited to get back to Korea," Hamilton said just before departing on the long journey back to Korea. "The people, the culture, the food and everything in Korea is awesome.

"We made some really special memories there, so it's very special to be going back. I have a pretty good record there, too. So I can't wait to get out on the ice with my boys again."

Matt Dunstone's Saskatchewan rink is off to a great start early in 2019-20 season, finishing second to Team Epping at the Stu Sells Oakville Tankard. Dunstone will be competing in Pool A along with South Korean rinks SooHyuk Kim and Jongduk Park.

Curling stalwart Glenn Howard will be one of the favourites to win Pool B along with Mike McEwen's Manitoba rink. McEwen himself just recently returned to the ice from offseason knee surgery and skipped his squad to the quarterfinals at the Mother Club Fall Curling Classic last weekend.

As Team USA at the Winter Olympics last year, it will be a special return trip for Team Roth, who is coming off their first win of the season last weekend, capturing the U.S. Open of Curling.

Roth recently announced she is pregnant and expecting her first child next year, so vice skip Tabitha Peterson will shift down and skip the squad again this week. Peterson echoed Hamilton regarding the amazing Korean culture and experience they had just a year ago. "We are beyond excited to be heading to Korea again for the first time since the Olympics," Peterson said. "We have so many fond memories from PyeongChang that will probably come flooding back once we touch down in Seoul. We're looking forward to a great tournament!"

Another juggernaut on the women's side will be Switzerland's Silvana Tirinzoni. Ranked fourth in the world, Tirinzoni will be competing in Pool A, along with Manitoba's Theresa Cannon as the lone Canadian team competing in the women's field in Uiseong.

"We are very excited to compete with some of the top teams in the world and experience a new adventure in South Korea," Cannon said.

"We are hoping to continue our good play and strong results so far this season."

Follow live coverage of the Uiseong International Curling Cup with live scoring available for all games at WorldCurl.com and CurlingZone.com as well as in-venue social media coverage on Twitter, Facebook and Instagram (@WorldCurlTour / @CurlingZone).