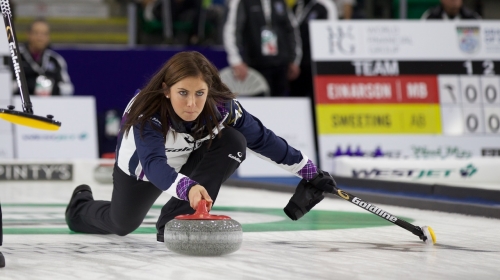 Starting with hammer, Hasselborg blanked the first end, got on the board scoring 2 in the second end. After another blank end, Muirhead scored 2 in the fourth end to tie the game at 2. Another blank end, after which Hasselborg scored 2 in the sixth, then then added a steal in the seventh end to take a comfortable 5-2 lead. Muirhead scored 3 in the eighth end to send the game to an extra end, then stole 2 for the shocking comeback win.